The other day we asked in our Naturist Travel community on Twitter what people’s most important factor is when deciding on a new naturist destination. As expected, the answers were very varied, but a number of people answered that the most important thing is to check whether it’s a “true” naturist resort.

Of course, we can interpret this in different ways, because naturism means different things to different people. Maybe they mean a resort that is nude obligatory and not optional. Maybe one that encourages diversity, or one that doesn’t have quota. That could all be, but given the explanations, it seemed quite obvious that most of these respondents were referring to swingers resorts.

The hidden swingers resorts
This may sound like an unrealistic concern, because why would a resort call itself “naturist” when it’s something different? Won’t this just create confusion and result in unhappy customers? It’s like calling your place a vegetarian restaurant and then putting steak and lamb chops on the menu. It’s just asking for trouble.

This was our first opinion as well, but from what we heard, read, and experienced, it’s actually more common than one would think. Now we don’t want you to get paranoid, the very large majority of naturist resorts around the world are exactly what their name suggests: Venues where people enjoy social nudity in a non-sexual way. But there are exceptions, where the non-sexual part is being ignored, or even discouraged. For a variety of reasons.

The legal aspect
Almost a decade ago, we had a booking for a naturist guesthouse at the Brazilian Coconut Coast in the Bahia state. When we arrived in the early afternoon, it seemed like we would pretty much be the only guests. We checked in and went to the beach. When we returned, many hours later, to our surprise the place was packed. There were people everywhere and there was music and dancing. But there were also condoms around the pool and most guests were engaged in activities that we prefer to keep for the bedroom. Quite shocked and surprised, we retreated to our room. When we woke up the next morning, the place seemed as empty as the afternoon before.

This was the first and only time when we ever encountered a swingers party at a naturist venue. Truth to be said, the day before the owner of the guesthouse had given us a long explanation and we had been nodding as if we fluently understand Portuguese while we couldn’t grasp a word of what she was saying. Maybe she had warned us about the evening event, or maybe not. We will never know.

When we talked about this with Brazilian naturist friends, they told us that swingers parties at naturist venues were not uncommon. For the simple reason that swinging was illegal. If the guesthouse had called itself a “swingers guesthouse”, it wouldn’t take long before the police would be on the doorstep to close the place down and probably arrest everyone there. So the owners chose to hide behind the term naturism, which is legal in the country.

The monetary aspect
We often joke that if we want to become really rich with content creation, we should have started a swingers blog instead. Because apparently, there’s much more mo … 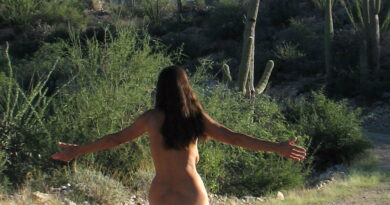 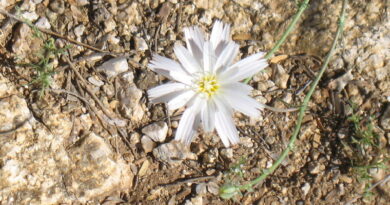