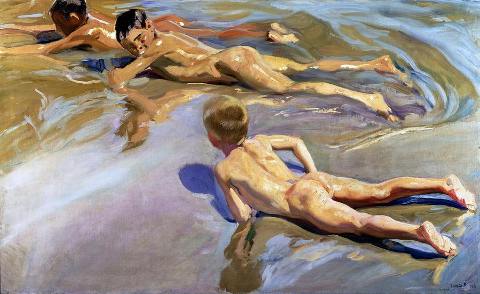 Ohhhh, yes. Touchy topic. I know.
That’s why I pick it.

Children on the beach, by Joaquin Sorolla y Bastida
To kick in an open door: children are the future. I am quite certain that most people will agree with that.
Children, then, are also the future of naturism, nudism, the clothes-free lifestyle, or whatever label you care to slap on it.

We all (almost all?) know that kids prefer to run around naked when they’re young. Of course, there will always be exceptions, like Inuit children, but even on good days I can imagine they want to run around nude in the snow. When there’s no wind, and abundant sunshine, what’s not to like?
I think it’s strange that adults, who probably happily ran around naked when they were kids, are so persistent in trying to prevent children to ‘appear’ in a naturist environment. “Because it will mess them up,” is an expression that I once heard.
The crazy thing about this is, that it’s the adults who are already messed up (by society, norms, religion, culture etc). And it’s so bad with them that they have forgotten (repressed?) the fact that they were nude kids once themselves.
About a month ago, here in town, it was very warm. I had to go get something and crossed the central square, where since a few years a water display has been set up, with jets spouting up in unpredictable places. There was one mother who had stripped her very young daughter down to the skin, and the girl had all the fun in the world running after the jets, trying to guess where the next one came from.
I loved how lots of people laughed at her antics, and no one made any weird comments about decency and shameful behaviour. I also noticed that no one had a phone in hand to take pictures. (Had I seen that, I would have stopped that. It was not their child, after all.)
No, folks. The kids won’t be messed up being naked and among naturists. They’re being messed up by people who got messed up as adults.

5 Reasons to Return to Naturism 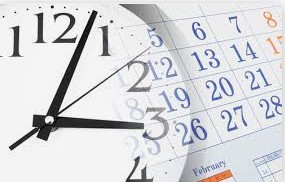 Sherwood forest in the news.