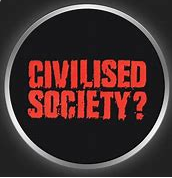 Civilised…
Do you think we live in a civilised society?
A while ago I listened to the podcast of the Dutch naturist foundation NFN, called ‘Blootgewoon‘ (note, link is Dutch), which means something like ‘nudely normal’.
I love that podcast. Too bad you need to know Dutch to understand it.
The statement that triggered this post was:

To be nude among each other, you need to be civilised.
Blootgewoon podcast
How did this sentence pop up? It was in an interview with the former proprietor of one of the most famous restaurant/bars at the Zandvoort nude beach, the Adam and Eve beach pavilion. The man said that, one day, a sales rep was there to talk business. As they were talking, an older man with a body that showed ‘the good life’ and also several signs of a hard life, came to thank the establishment’s owner for a wonderful day.

Adam and Eve beach pavilion
After the man had left, the sales rep said: ‘Well, you really need a good stomach for that.’
It was at that point, the interviewer made the comment about being nude and civilised.
He is right.
Making a comment about someone’s appearance is rude. Uncivilised. And guess what, that is probably the reason so many people dress up, pimp their outside, make their flabs and flaws ‘disappear’ under layers of pretty and expensive. That way, no one has “a reason” to make a comment about their appearance.

Image via ClothesFree.comAt a nude beach, there is no covering up of said flabs and flaws. People are real there. With marks and scars and hanging bellies and uneven bits. The works. You name it and you can probably find it at a decent nude beach / resort / etc. If you find a pin-up model person there, it’s something for the diary.
And no one makes comments or rude remarks there. Because when everyone has some kind of flaw, no one has a flaw. No one stands out then, and that is where the civilised bit comes into play.
Drop your clothes and we are all equal. We treat …

Powerful statements, picked up from a podcast 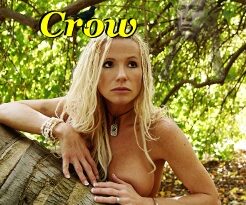 Long-Term Traveling as a Naturist Couple: Our Experience