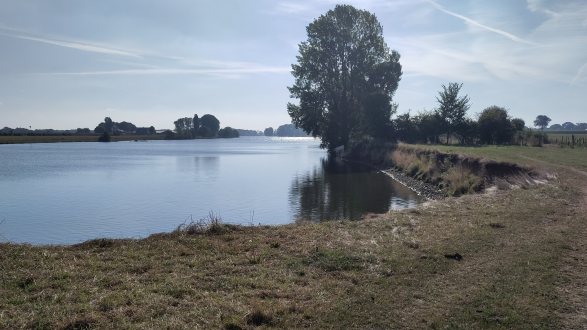 …when seeing a nude person.
As I wrote in a previous post, I’ve been exploring routes where I can walk naked. At least partially. Getting there requires being dressed, but the more nude walking time I can get, the better.
Over the last week I ran into a few people. Three, to be precise, and it struck me how different they can react. Don’t get me wrong; none of them made a fuss or had negative comments, but still, their reactions were quite different.
One morning, on a Sunday, I walked along the river. A great spot where I can go nude for 2km.

Along the riverOn the way back, I met a lady who was walking her dog. She simply kept walking towards me, said ‘good morning’, and walked on. Seriously, that was the best one of the three.
The second meeting was on a Tuesday morning, quite early, in a spot closer to home. (The river is about 1.6 km / 1 mile walking before I get there.) The trail is something like this:

Fog over the path
Yes, it’s a great spot to walk, lots of trees and narrow tracks to follow, it’s never boring. Near the spot where I had to get dressed again, some 400 metres away, there was a lady walking two dogs. One of the dogs came yapping at me, I yapped back at it and it seemed to like that. The lady yelled at that dog (the other was on a leash) and she stepped to the side, turning her back at me while I passed her. I wished her a good morning, she didn’t reply. Again, no big fuss, but such a difference…
The third encounter was also of the dog kind.

Me on a walk. More fog, indeed.I was getting closer to the last patch of ‘forest’ when a lady with, again, a dog, emerged from the spot where I had to go for the trail back home. She saw me, made a wide circle around me, keeping her dog close. She wished me a good morning as I said that to her, but she kept a large distance.
Perhaps she was scared that the dog would do something? I don’t know.
Three encounters in one week. All not ‘upset’ (okay, perhaps the second lady was a bit). I think that’s good. 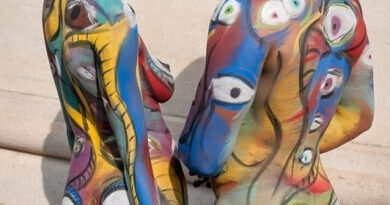 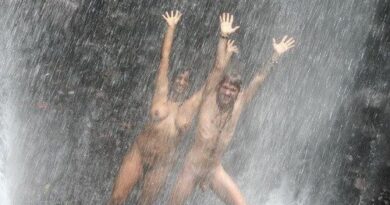 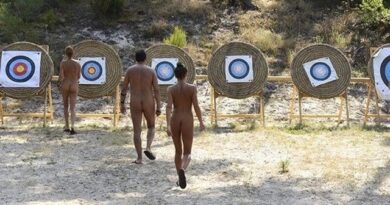