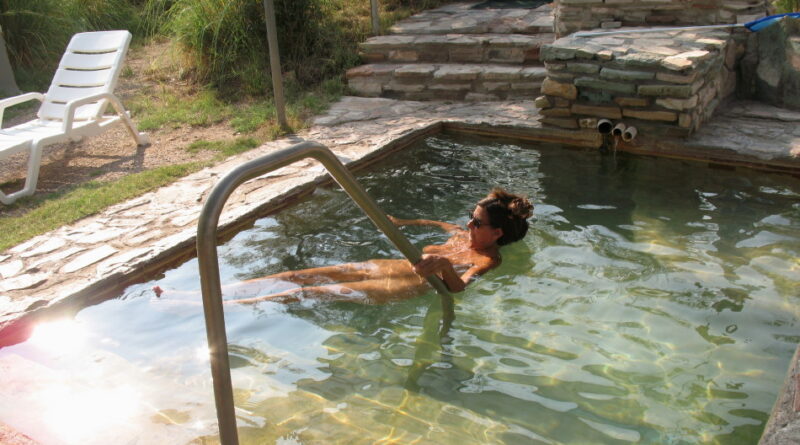 2021-07-23
We have been in Colorado, camped up in the mountains and enraptured by a few days of peace and nature. This morning we break camp and pull out onto the sleepy dirt road that leads to the highway.
We don’t expect much, just where we’ve been. After a couple of days off the road and having been redirected mentally, I’m feeling a bit foggy. There is an orientation about driving cross country, a certain heightened excitement in a nervous system replacing complacent downtime. A fluffy soufflé effect in the morning’s eggs from elevation has been a major and fascinating event. It has been extremely relaxed.
“Whaoh!” Speeding cars, people everywhere! “Where am I going?”
The scenic route through southern Colorado to the Mesa Verde Monument has been knocked out with a landslide. We’ve both had enough of Colorado traffic and crowds. DF has been mentioning hot springs for a few days. We call the Orient Land Trust, but they are full. I suggest just heading home on the Interstate south and trying out Haywood Hot Springs. It has been an itch on the bucket list for quite a while now.
There is a long drive ahead. It is a long way just to get to Santa Fe to get off of the two lane roads. We’ll see how far we get.

With goals in mind, it feels like a constant ,”Are we getting near it yet”?  There is a familiar spot here and there, but chomping at the bit to get to the barn seems to spread the time out, slowing it.
I want to at least get through Albuquerque and find a cheap little motel in one of the more remote little towns along the Rio Grande Valley. We need to arrive before the towns roll up their streets for the night, which can be very very early.
Selfie at New Mexico HotelWe find a dilapidated Motel 6 in the nick of time. It certainly feels like we have had enough for one day.
Not THAT Dilapidated!Tomorrow, by afternoon, we’ll be soaking in mineral baths.
Next Day:
Back on the wide Interstate highway, running along the verdant Rio Grande Valley, you can see for miles ahead and behind. It dips in and out between substantial and desolate hills. There is a tendency to speed and then slow down at the peaks in the road, then scout for police patrols, before knowing that we can once again speed up downhill through another valley.
I tell DF about the time driving home in my new 1985 GMC truck. We had been out for weeks and were ready to get home to Tucson. I buried the speedometer going through the ring of numbers into the low speeds again. Zipping along way over the speed limit, the gage said that I was going only twelve miles per hour. None of that today.
We’re feeling free out on the highway. There is plenty of space between everything, so we easily remain undisturbed and naked. New Mexico is legally a topfree state. I suppose that its people and its government are just very relaxed. There seems to be a lack of concern for the details of other people’s lives and behaviors. We might as well be sitting in a backyard naked, instead of in a packed … 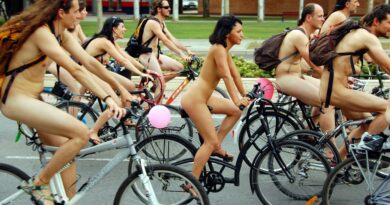 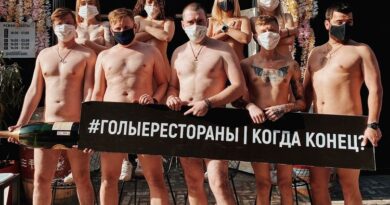 A Winter Vacation at Vera Playa Naturist Village in Spain