Skip to content
English nakedwanderings.com Travel
27 April , 2022 Lins and Nick 0 Comments from, Latin, nudists, We, what

When you think about naturist destinations, countries like Colombia, Peru, or Bolivia probably aren’t the first that pop into mind. And if they do, it’s probably more in the sense of “Wouldn’t it be great if there was naturism in Ecuador?”. Well, we can tell you, there is. And not just in the aforementioned countries, but also in several other parts of Latin America.

Don’t expect Caribbean-style resorts or French-style village-sized campsites though. Naturism in Latin America mostly exists on beaches and in small clubs. It’s also something rather new in this part of the world. Only two decades ago, except in Brazil, naturism didn’t even exist in most of Latin America. So we were wondering how much this “new naturism” is different from naturism as we know it. And we knew the best place to figure this out.

ELAN: The Latin American Nudist Congress
Naturism doesn’t only exist in Latin America, it’s also well organized in associations, federations, and a confederation called CLANUD that covers all these organizations. Every two years, CLANUD organizes its Latin American congress called ELAN. We have been to naturist congresses before, and those often felt more like joining a political debate group than a fun event. But our friends of the naturist association Otro Cuento in Medellin (Colombia), who organized this year’s congress, had promised us that it would be different than anything we had participated in before. We happily believed them and jumped on a plane to Colombia.

From the first moment, we knew that we had made the right decision. …

10 Naturist campsites in France that are VERY popular among families 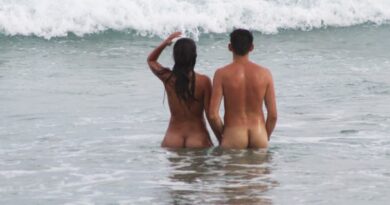 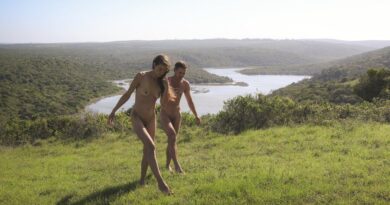