Everywhere we go, there always seems to be someone who’s completely convinced that naturism is declining. The clues are everywhere. Naturist federations struggle to get new members, naturist clubs see their average age rising, and newspaper articles report on how bathing suits have become the norm at communal showers. Our youth has become prude is a common conclusion.

We refuse to believe this. Something is happening, that much is sure, but we are rather convinced that naturism, or the experience of social nudity, is changing. Our most important clue is the uprise of grassroots naturist movements that happen outside of the “official structure” of organized naturism.

We count Naked Wanderings as such a project, as well as many other bloggers and vloggers. Then there’s the Universal Naturist Symbol, event organizers like Florida Young Naturists, and plenty of other movements that don’t originate from a club or federation, but from individual naturists. A rather new addition to the list is GetNakedGermany, and we had the chance to talk with the founder Sönke.

The complete video interview is currently only available on our Patreon Page.

The origin of GetNakedGermany
When we heard the name, we obviously immediately thought … 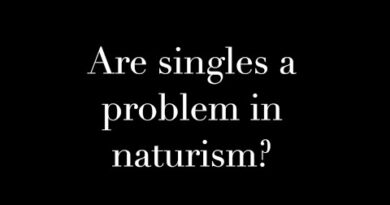 Are singles a problem in naturism? We asked the experts! 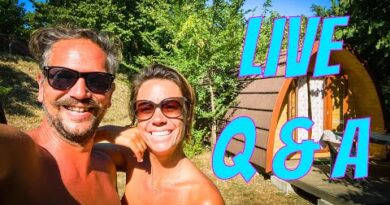