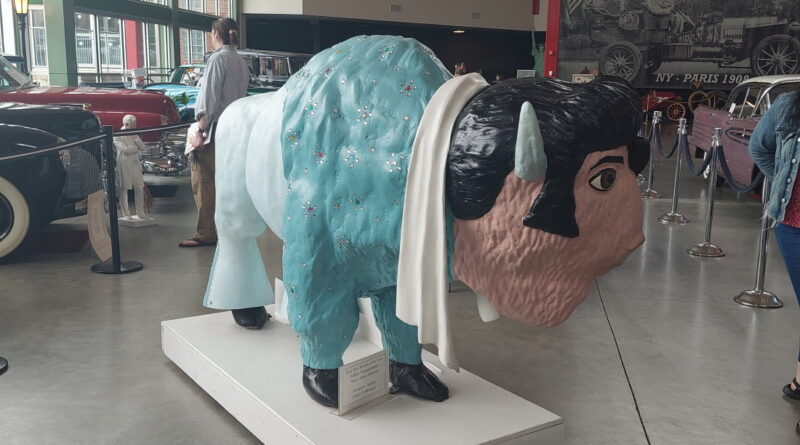 2021-06-10
The story of our epic vagabond nude voyage across America continues in New York State.
We have been facing the past during this trip. Both in places of our youth and this country’s historic story…

…Buffalo is one place where America began in earnest. It has a rich history and roots of Americanism. Once the second largest city in North America, it fed the west through the great Lakes via the Erie Canal. There is a much remembered sense of the energy of settlers and immigrants, industry, the “progress of man.” It was where the ingenuity of metal, stone and classic woods meet iron machinery.

These days, most of the artifacts only draw tourists, or they have been repurposed.
We visit the craftsmanship of a lost era at the a carousel factory and take a ride.
The Pierce Arrow museum is filled with cars that qualify as art, along with early bicycles of wood and brass.
It also houses an entire Frank Lloyd Wright “modern” gas station and the original “Playboy” auto that the magazine empire was named after.
We travel the streets finding many tall buildings from an industrial revolution, decor in Victorian and Art Deco design and monuments to past wealth. One neighborhood invites us to walk intimately in yet another of Frank Lloyd Wright’s visions.
On the other hand, there are many square miles of little boxy homes laid out after World War II and the new beginnings stimulated by the GI Bill.
Visit to the Childhood HomeThere is little untouched by man these days in the Buffalo region. Since the British came here, the policy has been to use up the bounty. Originally, they claimed royal dominion over this place of Iroquois and Mohawk. The large Dog Island was once an incredible … 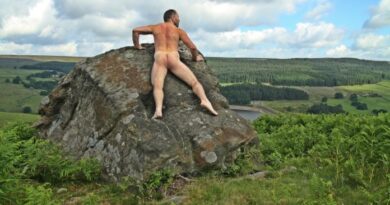 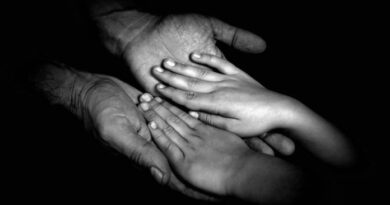 Becoming a Nudist – Chapter 6 – Sharing The Joy – Sharing is Caring 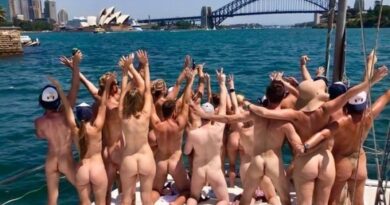