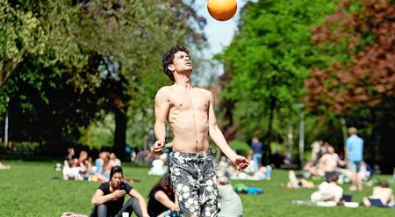 Or: people can be bat-shit crazy and totally inconsistent.
A few days ago on MeWe I followed a post that was copied from a Dutch newspaper. Granted, it is a newspaper that thrives on sensational content, but the background of the article made me shake my head.

Note: this is not the man who is mentioned.
The “problem” of the lady who was interviewed in the news paper article was that she found it ‘distasteful’ to see men with bare upper bodies outside, despite the heat. She mentions ‘men with double B breasts, hair everywhere and beer bellies‘.
In the same article, however, she says: ‘This all is fine up to a point‘ (what? First it’s distasteful and then it is ‘fine up to a point’?).
The first valid claim in the article: ‘Can I do the same, being a woman? I don’t think so.’ … ‘This is discrimination.‘ Even though I suspect she would never actually do that, this is the only point in the entire article I can get behind. This is indeed discrimination and it should stop.
This kind of discrimination is a blemish on the freedom of people. Women should be allowed to be topless … 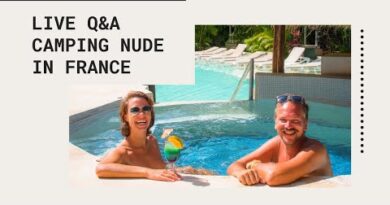 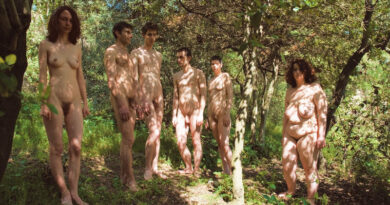 The Best Websites to Find Naturist Resorts and Nude Beaches

5 Activities to Discover or Enhance Naturism

Interview of Anna and Steve, from England

Look how naked I am!