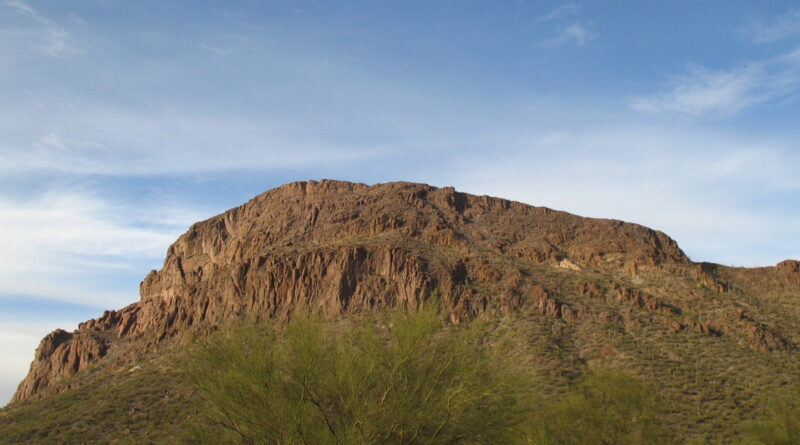 English thefreerangenaturist.org Travel
5 March , 2021 The Free Range Naturist 0 Comments 2021, about, after, And, around, Back, been, came, couple, days, decades, delicate, February, free, friends, from, full, further, heard, here, If, In, just, Life, Me, most, naturist, normal, Normally, noticed, nude, pack, read, recognized, roof, Shadow, some, that, The, the free range naturist, There, they, thing, this, those, through, time, Today, We, wearing, what, which, will, with, would, year

2021-02-01
We had been up an unfamiliar trail exploring in the Tucson Mountains about a month before. As we walked, memories flooded in and I recognized the neighborhood from a couple of decades before. I had attended several nude gatherings there.
The most attention grabbing thing around is Cat Mountain. At that time, way back, my friends had told me that there was a way around the impassible southwestern cliff-side to get to the top. They had just gone around the back. We considered climbing the mountain as an afternoon’s excursion, but the party at hand, the call of the hot tub and potluck, dissuaded us.
In our exploration a month ago, just off of this trail, we had noticed some cairns. Today, we will see if those cairns are marking the way up the mountain, which I had heard of long ago. It was a time before the trail system came through here.

The plant life in this desert ecosystem can be both tenacious and tough, delicate and dainty. This day’s excursion on the hillside will place this truth in my face….
The day has become what they are calling partly sunny, but still, it is unusually warm on February 1st. We will however, be in the shadow of the mountain, without the warm sun beaming its heat. I pack up my kilt, leaving me wearing a sweatshirt and the day pack. DF is in a light sundress and a full sleeve cotton shirt.

We just had two days of rain after nearly a year of drought. There had been a hard pelting on my porch roof. This would normally be enough to create water flow in these mountains. However, after the extreme drought, the terrain isn’t normal. We see that the replenishing … 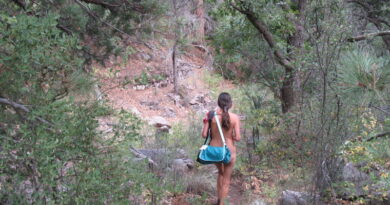 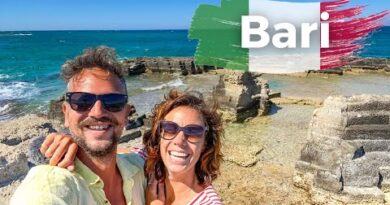 Why Puglia is perfect for Instagrammers | Italy Road Trip Ep 2

Interview of Anna and Steve, from England

Look how naked I am!