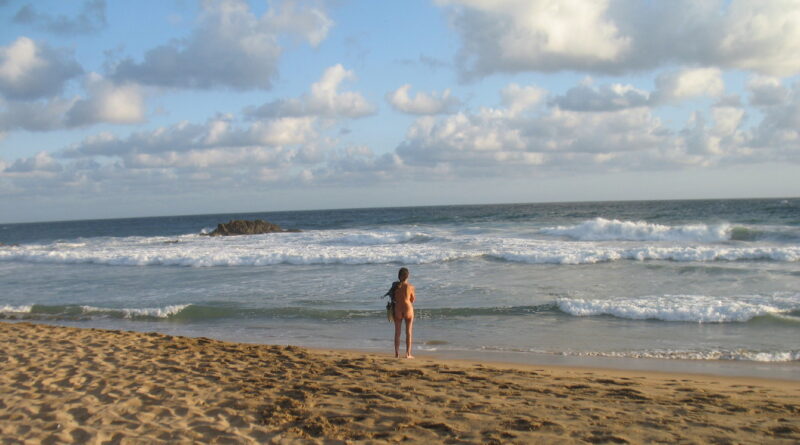 There’s this Zen Surfer Thing:
On Thursday afternoon, the day before we left Zipolite, the lesson was surrender and accepting what is. The airline called and told us that we’re going to be here an extra day. We’d have to roll with the punches so to speak. The news didn’t sit easy for DF. She had invested in plans to participate in class to help people with autoimmune problems on Sunday. The lesson, although difficult to swallow, was like the waves teach, to be here now.

So, we spent some time hanging out in the surf getting bent around by the waves and discussing the lessons as they metaphorically, came to us.

First, here, there is no consistency to these waves. There is no pattern. All that we have seen, is that as the tide comes in, there are bigger waves. As the sun settled in for the night and we took our nude stroll, we counted 21 surfers in the sea. Life is like that. Patterns happen; patterns don’t happen.
In the brine and the crisscross of the waves, I feel like a child being played with, or even more, a plaything for the Gods to toss around. One moment we’re feeling a calm floating up on peak after peak of waves, then a massive stack of foam engulfs, or swats us. One may nibble at my ankles and the next slam at the back of my knees, tumbling me. There may be a pull in any direction. They crisscross and collide. Foam shoots high over our heads and then, the calm returns.
I can sit and fight the current, be tough, be strong, expend my energy, or I can let go. One floats me out to sea, and two carry me back in. … 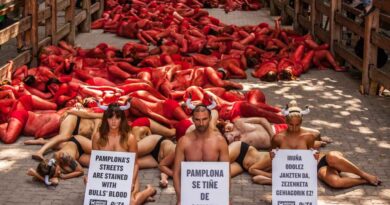 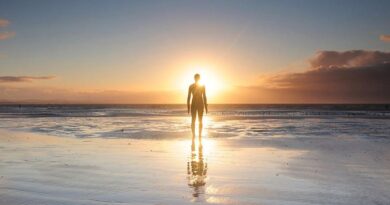 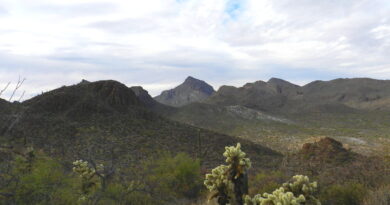 GetNakedGermany: A Chat with the Founder

What is the best bar in Vera Playa Naturist Village?