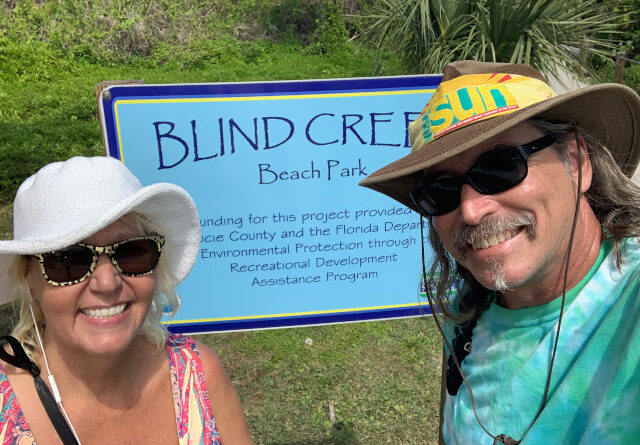 English nomadicnudists.com Travel
22 January , 202024 May , 2020 The Nomadic Nudists 0 Comments Beach, clothing, Florida, further, good, here, If, In, Naked, Nomadic Nudists, Nudism, nudists, One, part, people, read, Surf, tells, that, their, they, thing, this, through, time, with, You

Picture the scene: A naked man and a naked woman wade into the Atlantic Ocean at clothing-optional Blind Creek Beach in Fort Pierce, Florida. They are on a mission.
The water is chilly, and the waves are big enough to knock them off their feet if they aren’t careful. So the woman clings to the man’s arm for balance as they make their way through the rolling, crashing surf.
At one point the woman tells the man, “This is good, right here.”

“But I’m not deep enough,” whines the man. So they step further into the waves, jumping up to ride the swells before they crash down on their heads. “OK,” he says. “This is the spot.”
Concentrating deeply, the couple sways arm-in-arm. Finally, they can pee.
Now, I’m not saying that we did this at Blind Creek Beach, but I’m also not saying that we didn’t do this.
The thing is you see people peeing in the ocean all the time, standing waist-deep with their hands on their hips or swatting the water, surveying the horizon like they are pondering the wonders of the universe. Like they’re fooling us.
Quiet nudism.
You … 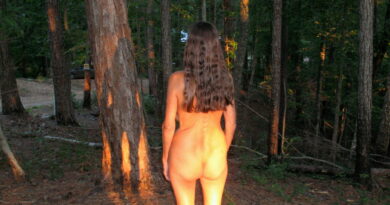 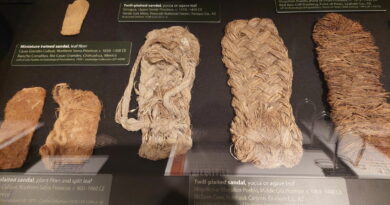 Barefoot all over, all over: Part Nine: Experiment and Evidence 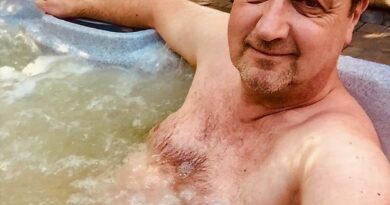 The Naturist Talks: Michael from Germany

Should you go to an adult-only naturist resort?